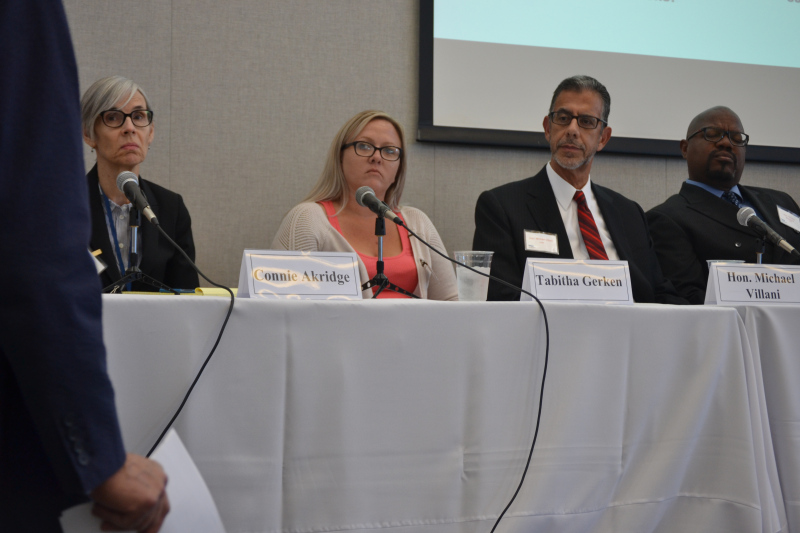 It’s not difficult to find tips online on how to get out of jury duty. Legal experts note there is a historic decline in the number of civil jury trials, both at the state and federal level. That’s the reason a luncheon panel comprised former jurors who served in the federal or state court in Southern Nevada was held in early September. The luncheon was a forum to learn from the former jurors how jury duty can be improved. The panel opened up to an audience of judges and attorneys about their experience of serving on a jury. The discussion and information gleaned will be included in a national Civil Jury Project study to solve the mystery of why jury trials are on the decline. The valuable information the panelists revealed at Las Vegas Jury Improvement Lunch can be viewed on the Civil Jury Project website https://civiljuryproject.law.nyu.edu/9-5-18-las-vegas-jury-improvement-lunch. Lunches conducted in other cities can also be viewed on the site https://civiljuryproject.law.nyu.edu.

Moderator Steve Susman, the executive director of the Civil Jury Project at New York University (NYU) School of Law, floated some unconventional suggestions for discussion as ways to improve the jury service experience. The suggestions were diverse including: the idea of no sidebars to eliminate wait time for discussion of issues out of the presence of the jury; what and when jury a can discuss issues of the case; and what questions lawyers can ask during jury selection. The question of providing one verdict form per jury versus one per each juror was raised. The moderator raised the idea that jury selection would be more efficient if jurors had more information up front and asked the panel’s input on giving complete opening statements to all potential jurors.

Research on potential jurors was also a topic of discussion. The moderator asked, “Do you think the selection process disclosed biases?” Susman raised ethical concerns and asked the jurors if they feel it is an invasion of privacy for attorneys to gather information about potential jurors on social media. Former juror Tabitha Gerken responded, “It’s inappropriate, but it’s expected.” When pressed why, she said, ”you’re asking the jurors who are taking time out of their life; they can’t talk to their spouses; they can’t talk to their friends; you’re asking them to be impartial, but then there’s other people, who they don’t know, who they’ve never met, who get to judge them from the outside by what they have on social media or on the Assessor’s page, or whatever. I don’t think it’s appropriate, but I expect it anyway.”

Nevada Eighth Judicial District Court Judge Michael Villani, who had been selected to serve as a juror in a trial, noted that the jurors he served with questioned all the downtime. He shared that the experience made him more aware when he is presiding over trials. He said, “I tell jurors that while you’re waiting, we are working. I give them that little phrase so they know we are not just back there chit-chatting, that there is something important going on; that’s why there is a delay.”

The moderator asked if it would be helpful to have more instruction from judges on deliberation. Federal District Court Judge Richard Boulware said that he would be open to giving jurors structure. He said, “I’ve heard from jurors that no one really tells them how to deliberate.”

A former juror at the session shared that, when he served on a jury, it wasn’t clear to the jurors what charges the witnesses were testifying on.

The use of straw polls was discussed. The suggestion was made to conduct straw polls with anonymous notes that include a not sure option. The idea is to reduce the potential for social pressure to influence  juror decisions.

When it comes to jury selection, Susman shared that 35 jury trial consultants told the Jury Project that questions: where do you get your news, and which person do you admire most and why, are more important than almost any other question to ask potential jurors.” Susman questioned the appropriateness of such questions.

All the former jurors agreed they would be willing to serve on a jury again and offered suggestions to improve the experience. Moderator Steve Susman indicated that common themes have emerged nationally about the jury process including: it was very repetitive; the trial lasted longer that it needed to because the lawyers just repeat themselves; there’s a lot of down time and wasted time before you even get selected.

The panel in Las Vegas was done in cooperation with the courts and the Clark County Bar Association.  Information learned will be part of New York University’s Civil Jury Project, the only academic center in the country dedicated exclusively to studying civil jury trials. The Civil Jury Project goal is to find out why jury trials are vanishing, whether this is a bad thing, and, if so, what can be done to prevent their decline. The juror luncheon in Las Vegas was the 18th held across the nation for a study that includes more than 260 state and federal judges, legal professionals and academics.

The participation of the former jurors and judges was greatly appreciated, including those jurors who were in the audience. Their input was invaluable and will help to ensure the Civil Jury Project reflects the views of our community.

To see the discussion visit the Civil Jury Project website: