What Do An FBI Agent, 911 Operator, Flight Attendant, Accountant And Stage Manager Have In Common? 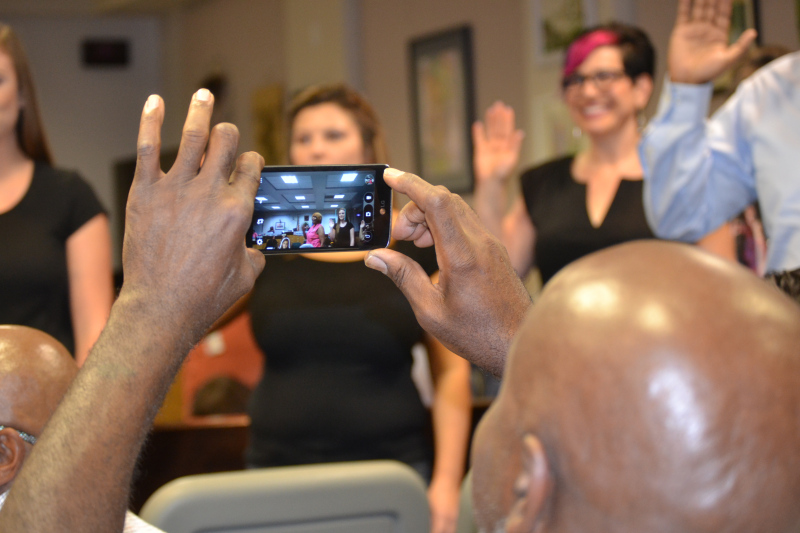 What Do An FBI Agent, 911 Operator, Flight Attendant, Accountant And Stage Manager Have In Common? They will all be sworn in as Court Appointed Special Advocate (CASA) volunteers to give 53 kids who have endured abuse and neglect a much needed voice.

A new group of 24 CASA volunteers including a former FBI agent, 911 operator, flight attendant, homemaker, realtor, accountant, stage hand manager and teacher will take an oath to speak on behalf of  53 abused and neglected kids on Monday, Aug. 14 at 12;30 p.m. at Family Court, Courtroom 9, 601 N. Pecos Road. The volunteers will serve as a voice for 11 siblings from one family, a child who lost a sibling and young children whose parents are working through addiction and other issues.

There are around 350 CASA volunteers serving as a voice for children under the supervision of the Family Court CASA Program. However, many more volunteers are needed to advocate for the remainder of the children in care. Last year, nearly one thousand children had a CASA volunteer to help them navigate through the system, deal with school challenges and handle home life.

“CASA volunteers have a significant impact on the lives of children for whom they advocate. CASA volunteers visit with them to ensure that the children who have been abused and neglected are now in a safe and stable environment. The CASA volunteer’s role is invaluable,” said Presiding Family Court Judge Charles Hoskin.

The CASA program recruits, screens, trains and supports volunteers to represent the best interests of hundreds of foster children annually. The advocates represent the children in school, family team meetings, and in court. Volunteering for the program involves a two-year commitment and a willingness to spend quality time with the children to advocate for them. In 1980, Judge John Mendoza led the creation of the Clark County CASA Program. The CASA mission continues to be fully supported by Family Court Judges. For those interested in volunteering with CASA, monthly orientations are held on the third Wednesday of each month to provide more information about the program.