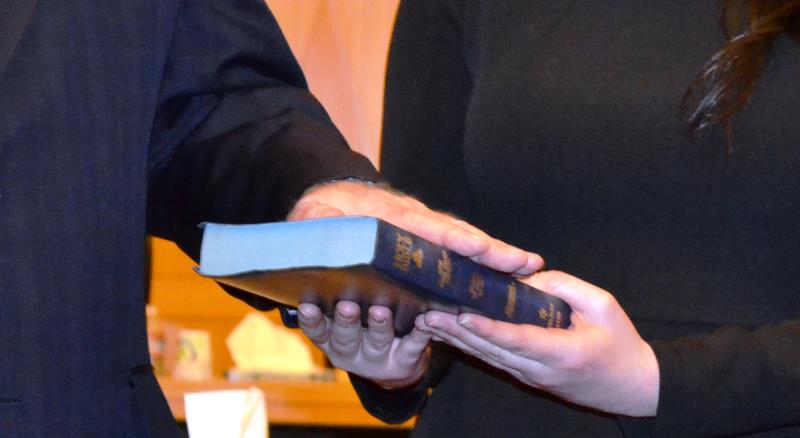 “Judge Mary Kay Holthus and Judge David S. Gibson, Jr. join the District Court bench at a dynamic period. Their depth of experience will be an asset for the challenges they will face presiding over the many complicated cases in the Eighth Judicial District Court,” said Chief Judge Linda Marie Bell.

Mary Kay Holthus received her law degree from Villanova Law School. She takes the District Court bench after more than 27 years of service with the Clark County District Attorney’s Office. She began her law career as a summer law clerk at Rawlings, Olson & Cannon in Las Vegas. After passing the bar, she worked as an associate at Jones, Jones, Close & Brown. In March, 1991, Mary Kay joined the Clark County District Attorney’s Office, where she rose to the role of chief deputy district attorney. After several years of general litigation, Mary Kay joined the Crimes Against Women and Children Unit where, for 16 years, she sought justice for victims of sexual assault, child abuse and domestic violence. Judge Holthus is a devoted spouse and mother of three children. “I have spent nearly 30 years seeking justice for the residents of Clark County, Nevada in the office of the District Attorney,” said Judge Holthus. “I look forward to using my experience and energy to continue those efforts as a District Court Judge.”

Prior to David Gibson Jr.’s appointment by Governor Brian Sandoval as District Court Judge, he served for six years as a dependency hearing master, hearing abuse and neglect cases in Family Court. Judge Gibson is a life-long resident of Henderson, Nevada, who graduated from Basic High School, the University of Nevada Las Vegas, and the William S. Boyd School of Law.  He also worked as an attorney in the firms of Rands, South and Gardner, Mills & Mills, and Gibson Law Offices, LLC.  “Coming from a long-standing family tradition of public service in Nevada, I look forward to continuing to serve the families of Clark County in my new role as a Family Court judge,” said Judge Gibson. “I truly appreciate the strong support of my wife, Rebecca and our four children.”