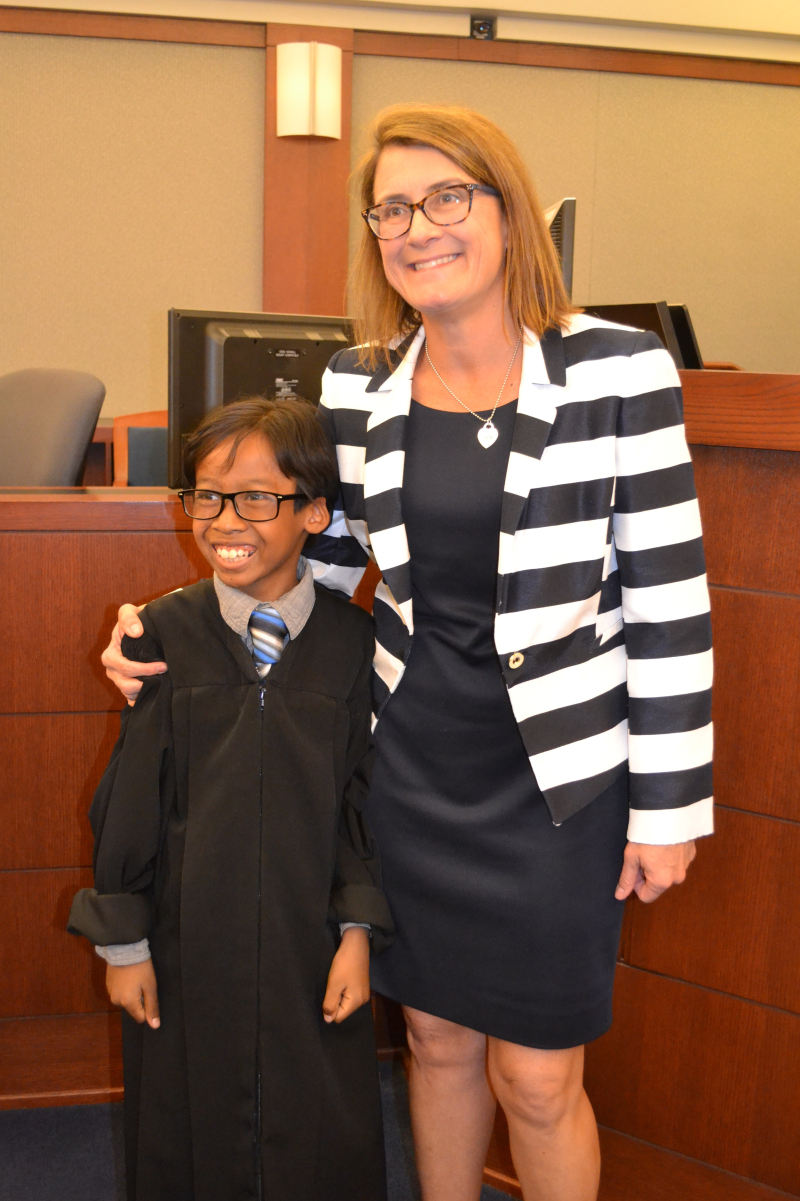 The second class heard the case against the Big Bad Wolf, who now goes by B. B. Wolf. An expert witness and others testified against the wolf who claimed he was just paying a visit to a friend.

The mock trials are a fun way for young students to learn about the justice system and get a feel for legal careers.