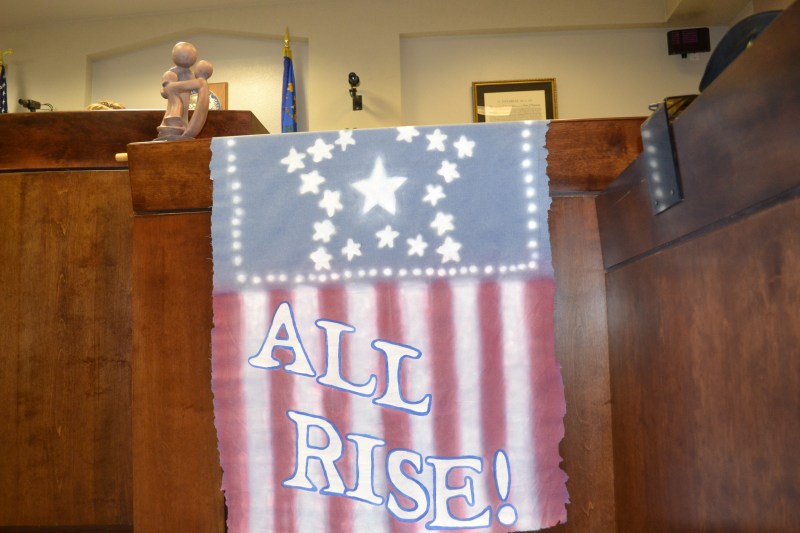 Judge Jennifer Elliot has been presiding over the dependency mothers’ drug court since 2008. It is a program that has helped to get many mothers away from the clutches of addiction and into the arms of their children. This week, three more moms graduated from the program.  That’s a handful of kids who won’t have to be in foster care; who won’t have to wonder where mom is; and who will have someone who loves them and deeply cares for them.

In front of others going through the program, Judge Elliot asked each of the graduates how they felt upon graduation. She said, “Nobody knows what the journey is going to look like when they start out, and I want others to hear how to be successful at it.” The moms graduating lit up when given the opportunity to share how they felt. One mom said, “I’m very, very happy where I am and how far I’ve come.  It’s amazing being able to be with my son, sober; to watch him grow and remember that.” Judge Elliot told each of the graduates that she was very proud of them. She also offered a word of advice to a father with one of the graduating moms, who has his own struggles. She said, “Setback doesn’t mean failure, it just means you just have to keep on keeping on.”

Judge Elliot is turning over the administration of the dependency mothers’ drug court to Judge Frank Sullivan who handles abuse and neglect cases. She told those in court that Judge Sullivan would ensure that the program would continue to be successful. Judge Sullivan responded, “No one can replace Judge Elliot.” Program participants gave Judge Elliot a giant farewell card. The judge who launched the specialty court aimed at helping moms with addiction won’t be managing the day-to-day of the program, but the legacy of what she accomplished since 2008 will carry on for generations.