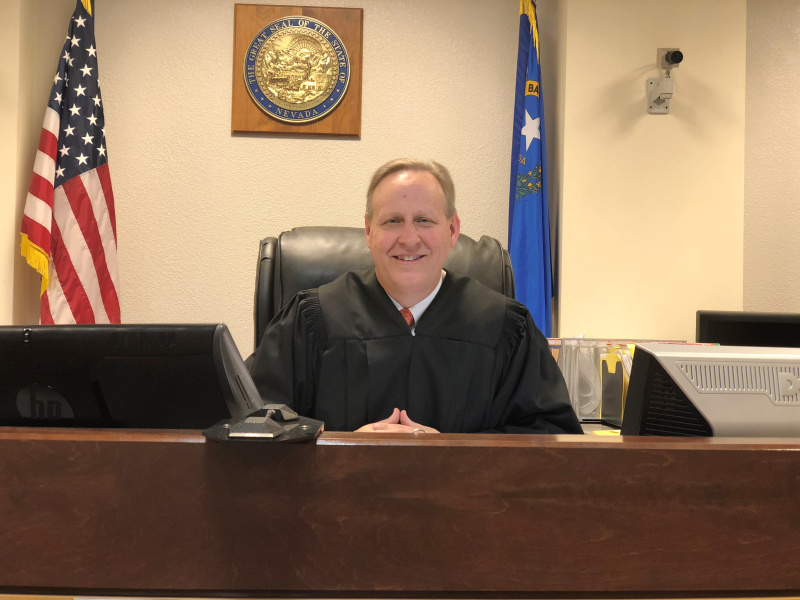 “I appreciate the work that Judge Hoskin has done while presiding over the Family Division,” said Judge Duckworth. “In taking on this role of presiding judge, I will continue to work diligently to facilitate the important work of the Family Division to provide families and individuals a means to address difficult circumstances, heal and find closure.”

“I look forward to working with Judge Duckworth as the presiding Family division Judge. He is very well respected and I anticipate he will bring good ideas and positive energy to the role,” said District Court Chief Judge Elizabeth Gonzalez. “I  also want to thank Judge Hoskin for his service presiding over the Family Division for two terms.”

Judge Duckworth is a member of the Clark County Bar Association, the State Bar of Nevada, and the Family Law Section of the State Bar of Nevada. On December 7, Judge Duckworth was awarded the Heroes of Justice Award 2017, “for his integrity, honesty, courage and dedication to the administration of justice.” In 2016, he was appointed to serve on the State of Nevada Standing Committee on Judicial Ethics and continues to serve on the committee.

Judge Hoskin turns over the post of presiding judge after serving four years. He has served on the bench since 2009. He will return to presiding over a full docket of family related cases.